Talk about anything here. 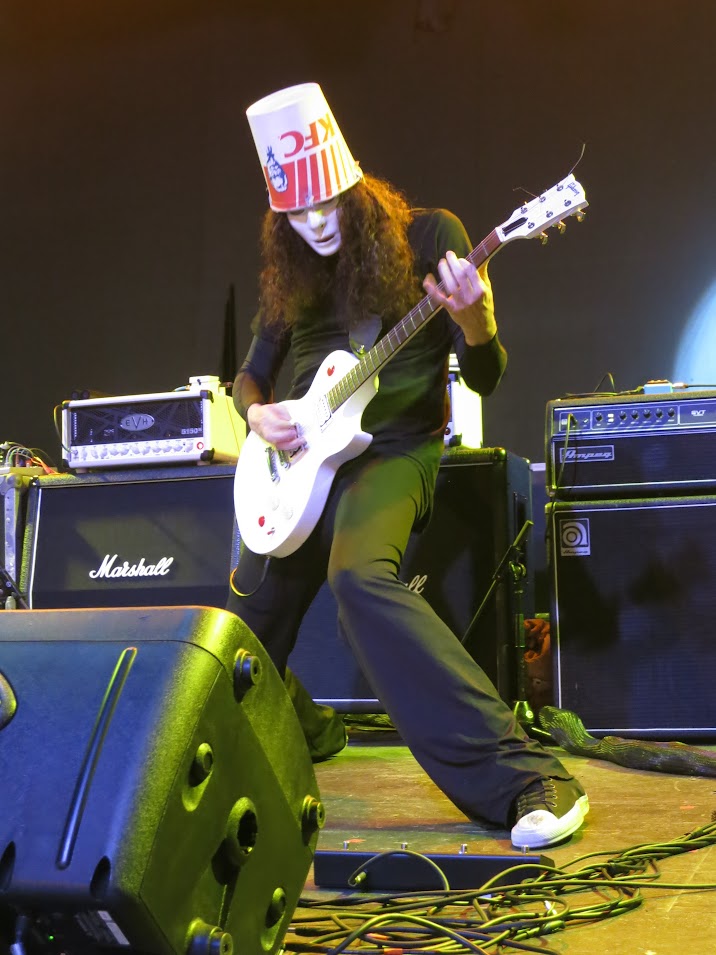 
I saw Buckethead back in 07 at the HOB, and he's really evolved as a showman, and his chops have improved , if that's even possible. It's nobody's business "ranking" guitarist by talent or skill, because it's an unwinnable argument.
As a guitarist of 30 years, I can't think of a guitarist/artist/musician/entertainer that keeps getting better, heavier, more melodic, and advancing the art guitar wizardry like Mr. Buckethead. He's the Steph Curry of guitar right now.
Also, I never dreamed while listening to Praxis, DeathCubeK, & Bucketheadland in 1995 that 21 years later, me and my 2 teenage sons would all get to be front-row and get to tap the coveted- red-arcade button on his guitar during the show! What an honor! \m/\m/ Raleigh , North Carolina 5/13/2016
Top
Post Reply
1 post • Page 1 of 1

Return to “Off Topic”